Lawmakers on Capitol Hill are at it again – trying to find a resolution for both a measure that would fund efforts to keep the Zika virus at bay as well as a resolution that would keep the government operating after October 1st.

The Zika virus has been a hot topic for the last several months and has now become as concerning as ever with cases of it popping up in the continental United States. When congress adjourned their session in July they were not able to come together to create a bill to help fund efforts to try and keep the Zika virus, and mosquitoes that transmit it, under control. 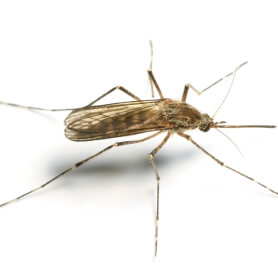 As you’ve probably heard, the Zika virus is transmitted to humans by mosquitoes; it is suspected to cause severe birth defects in a developing fetus. If the mother is infected while pregnant, it can have devastating consequences. For those who aren’t pregnant, it can produce flu-like symptoms that last anywhere from seven to 10 days. Most people who have it actually have no symptoms as all – but the way it can ravage the brain of a fetus is what makes it particularly frightening and something that is a major public health concern.

In February of 2016, President Obama asked for $1.9 billion dollars in emergency funding to help deal with the Zika threat, but since part of the legislation proposed would give money to Planned Parenthood affiliates, it was shot down by Republicans in congress.

In Florida, this has upset many voters since the virus is now spreading from the shores to Puerto Rico to parts of the sunshine state. Congress didn’t provide the money needed to treat this thread and now is taking even longer to find a resolution – certainly an issue that is making many Florida and other southern voters very unhappy!

Lawmakers are now trying to pass funding for a bill that has as few unrelated additions as possible so that money can get to states where it is needed to help control Zika populations and protect pregnant women and children.

The government is trying to move forward efforts to get funding to states to help control the mosquitoes that carry the Zika virus, but since they appear to be slow in response to this public health concern you will need to take measures to protect your own family.

To help keep mosquitoes at bay in and around where you live you should always make sure there is no standing water on your property. Mosquitoes need very little water to reproduce, so even small amounts of standing water need to be eliminated. You should:

You also may want to take your protection a step further and call in the experts, such as the pros at MosquitoNix to help you get rid of any threat mosquitoes may pose to you or your family!